This space telescope was launched last 1990. The Hubble Space Telescope is an optically superb and large telescope that orbits the Earth and provides deep and clear views of cosmos. These is specially designed and crafted for these specific functions.

The Structure and Systems

The Hubble Space Telescope is made up of specific parts, systems and structures promoting efficient and reliable telescopic performance.

Communications Antennae
This particular structure is in charge of transmitting Hubble’s series of information and delivering them to communications satellite which is also responsible for relaying information to Earth.

Aperture Door
This shields the optics in same manner that a cap of camera lens protect the lens.

Light Shield
This structure aids in blocking unwanted outdoor light from coming in.

Solar Arrays
These are panels measuring 25 feet that functions specifically in converting sunlight to 5680 watts electricity powering the telescope.

Finest Guidance Sensors
These are mainly used in keeping the space telescope properly pointed to specified target during observations.

Every orbit requires about 96 minutes. The space telescope will be circling the Earth 15 times every day and every orbit moves far west across the Earth’s surface than the former one.

The optical space telescope assembly comprises of two mirrors, the focal plane construction and support trusses. This system is recognized as the Ritchey-Chretien design wherein the two mirrors are capable of forming more focused images over largest view field.

There have been illustrations provided and you can research on this if you have the desire to see how this space telescope actually works.

Light is entering the aperture and traveling down the primary baffle.

Light is being reflected by the main mirror converging into the secondary mirror via secondary baffle.

The space telescope’s secondary mirror is reflecting light back to the main or primary mirror via central baffle.

Light is travelling through a specific hole right in the primary mirror reaching the focal plane. This is the spot where scientific instruments and devices are examining the light.

During the earliest time dealing with scientific experiments and research is quite challenging due to lack of advanced scientific equipment. But with the advent of technology and innovations, modern gadgets and devices were invented and introduced to people. The Hubble Space Telescope is just one of the many modern devices available these days. This space telescope performs reliable and precise functions in terms of capturing and delivering clear and deep views.

With the help of this space telescope, it is now easier to get accurate scientific results and important discoveries. The Hubble Space Telescope has presented interesting images that can be used for reference and further research and studies. This space telescope has also played big and essential role in solving long-standing issues and problems in Astronomy. 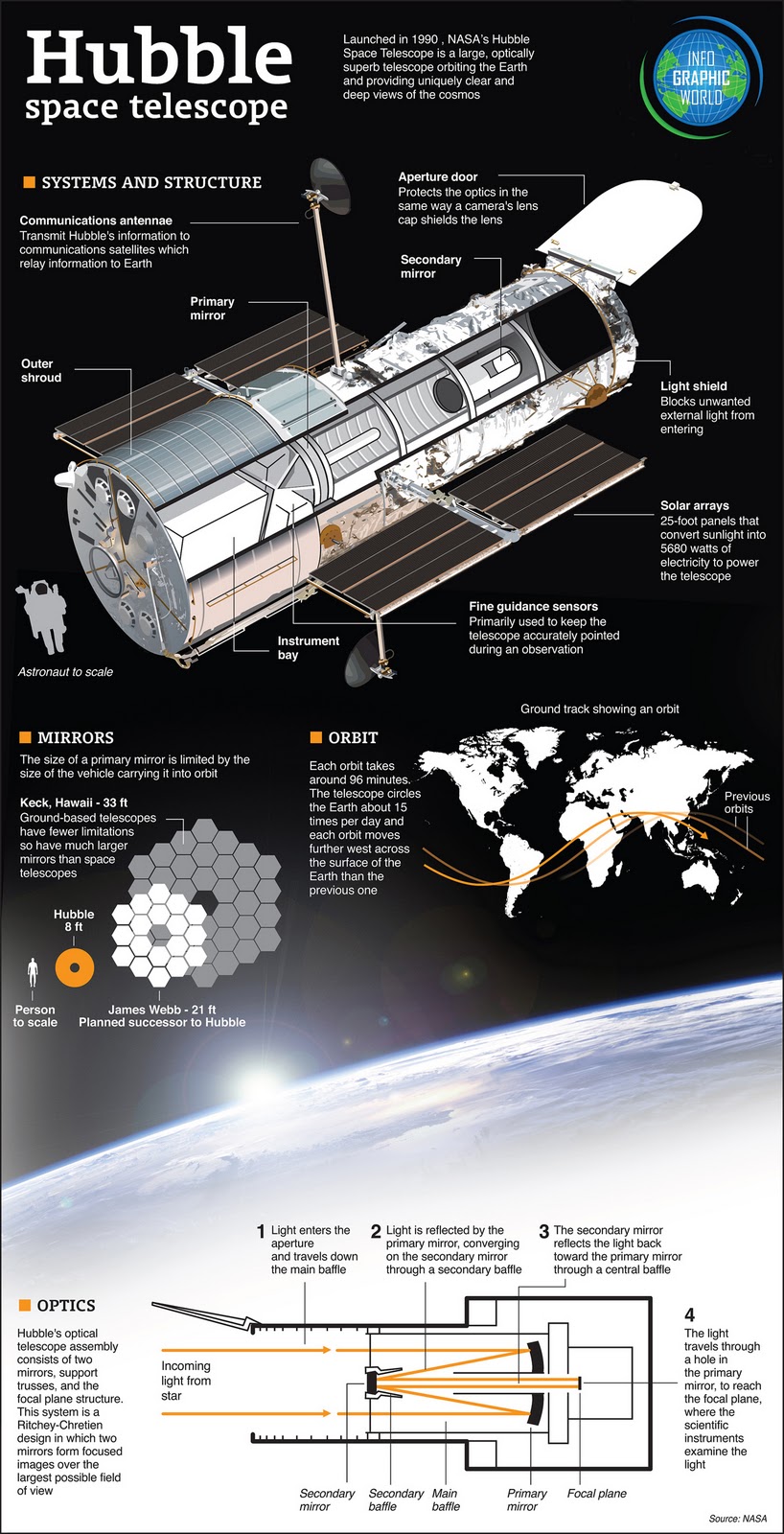