Sources radiating X-rays are countless and to detect x-ray radiating species and objects, NASA or National Aeronautics and Space Administration made Chandra as the space shuttle that is now used as an x-ray observatory in space. It is able to observe objects and species radiating x-rays ranging from small ones to the largest ones.

The Capabilities of Chandra

To prove its sensitivity in detecting x-rays, it is able to detect any x-ray radiation even from the faintest sources with the rate of a single x-ray within 4 days. As for the largest satellite that Space Shuttle Columbia has launched, Chandra has a length of 45 feet while a regular school bus would measure at least 40 feet.

Whenever Chandra x-ray observatory would maneuver from a particular target to its next one, the satellite would change its direction slower than of the minute hand on any clock. This only means that it would take a while before the observatory could get its next target where it has detected a source of radiation.

Many people would think that to run a satellite would take a lot of power, but with Chandra the same required power for operating a hair dryer, which is about 2 kilowatts, is enough to make the satellite work. It only means that the satellite does not need as much power needed like any machine would need for detection.

Commander Eileen Collins was the woman behind commanding the deployment of Chandra from the STS-93. Chandra was known to be the first shuttle mission that NASA has deployed with the command of a woman.

Colonel Collins has logged in 38 day, 8 hours and 10 minutes in the outer space in her entire career as a professional astronaut. Being a name to remember for the success of Chandra’s launch in space, her name is always a part of the Chandra’s deployment in space.

All of these facts just show that satellites are placed in the outer space with different purposes. With the case of Chandra x-ray observatory, experts from NASA are able to learn the wide range of sources where x-ray radiation may come from. Through the deployment of the shuttle in space, experts are able to study all the detections recorded by Chandra and even keep an updated data of everything detected both in space and in Earth. 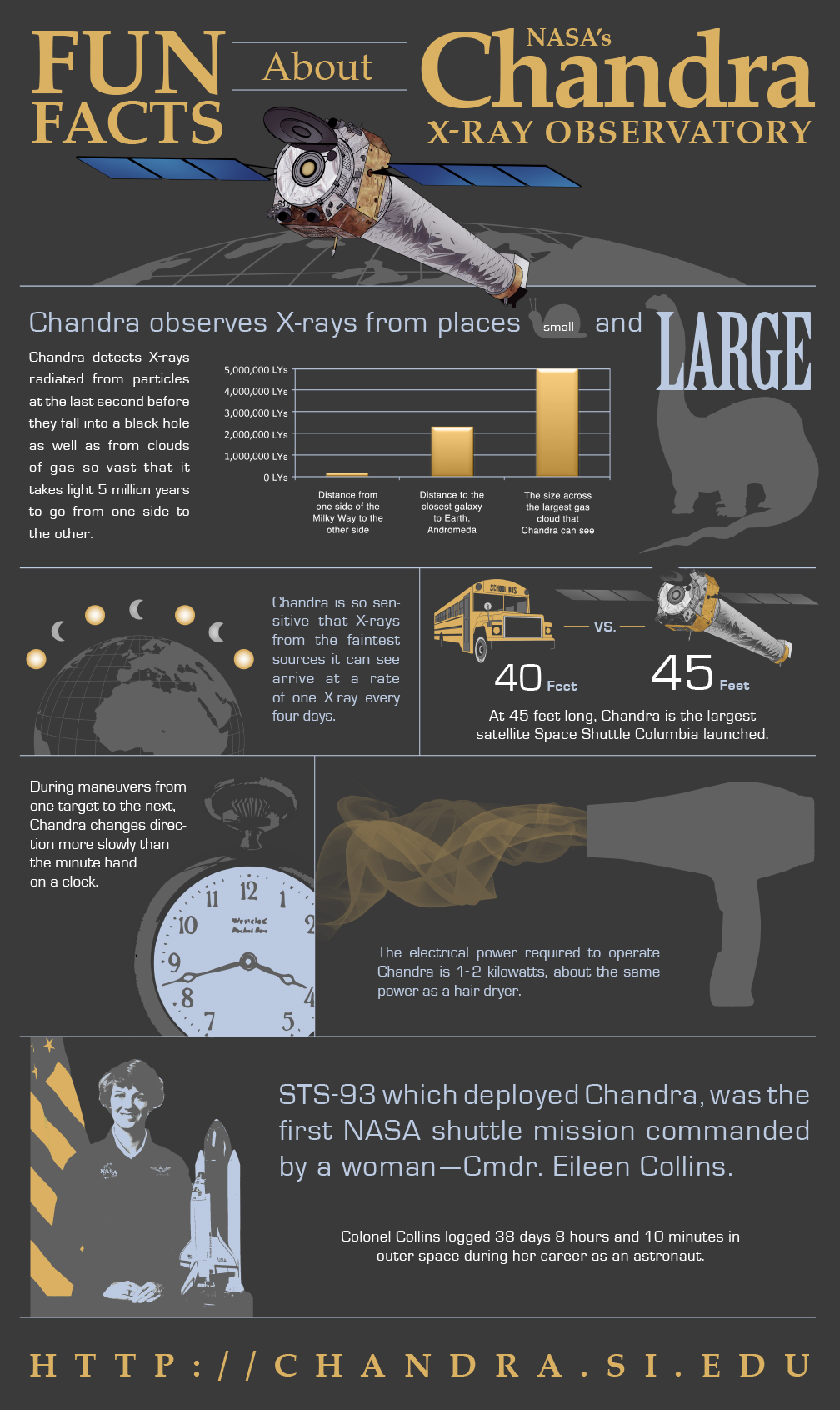